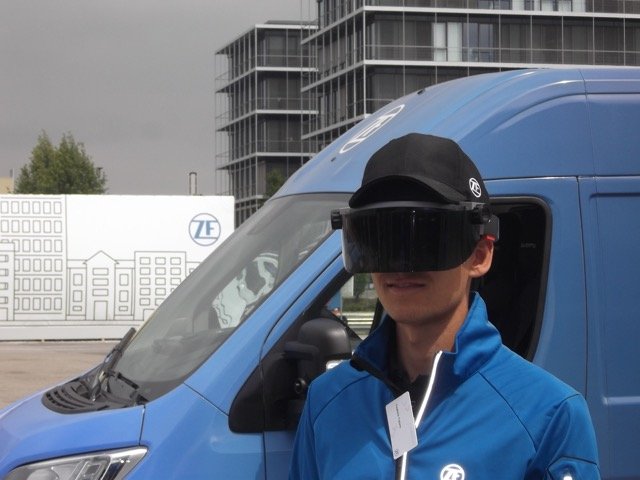 German multi-national component manufacturer ZF has been developing and designing components for the automotive industry for decades. The chances of travelling in any vehicle that does not have ZF components such as transmissions or axles fitted is slim. At a special pre-IAA CV Show Workshop at its historical headquarters at Friedrichshafen in Southern Germany, ZF presented some of its latest technological innovations that will be available to manufacturers in the future to assist with autonomous driving and automated operations. 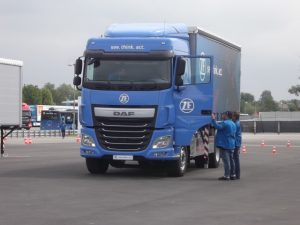 Autonomous operations will be a subtle development and ZF highlighted two particular operations that will be available and ready to work in the next year or so.
In the first demonstration featuring a simulated freight yard, a tug master and a rigid truck moved about simultaneously and independently. The tug master collected a trailer and put it on a loading bay, while at the same time a rigid truck using two drop bodies, placed one on a loading bay and collected a second one. At a minimum both of these operations would have allowed a driver to take a break without the need for any down time. Realistically the tug master could operate without a driver at all in the controlled environment of a secure yard. This same technology could be used in a bus depot. 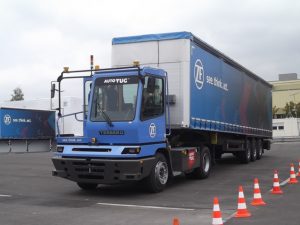 The second illustration was based around a van that followed a courier in an urban setting, demonstrating how the driver could be sitting in the passenger seat, contacting customers, completing paperwork, as the van operated autonomously. A headpiece worn by the driver presented all the information to him about the sequence of deliveries proposed by the live feed from the software.

The autonomous yard is a development that ZF expect to be a reality sooner rather than later, whereas the driverless courier van may be restricted by some legal and regulatory problems. The next step in this process according to ZF is to get a vehicle manufacturer and a logistics operator or a city bus company involved. We may be a while away from full automation, but it is clear that we are well on that driverless road.
Sean Murtagh